A downloadable game for Windows

(Features FLASHING LIGHTS. Do not play if you have Photosensitive Epileptic Seizures or anything like that, please!)

Traverse the barren wastelands. Make friends with mutants. Eat trash and do crimes. 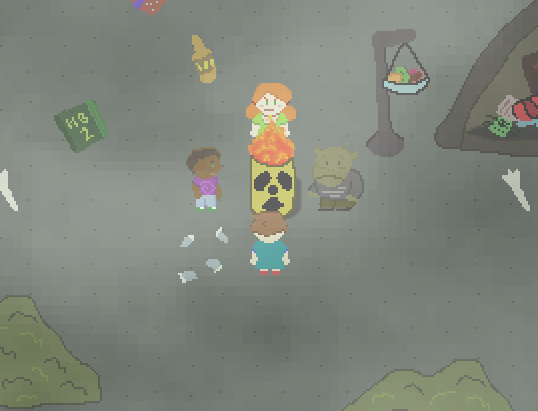 In TRASH PLANET you play as a rambunctious group of Wasteland survivors who have mutations similar to super powers. Your mission, given to you by a scientist from the old world who survived in a bunker, is to preserve at least one untainted human so that the species won't be forgotten when it's finally wiped out. How do you find an untainted human in a world of radiation, trash, and garbage? That's where things get tricky... 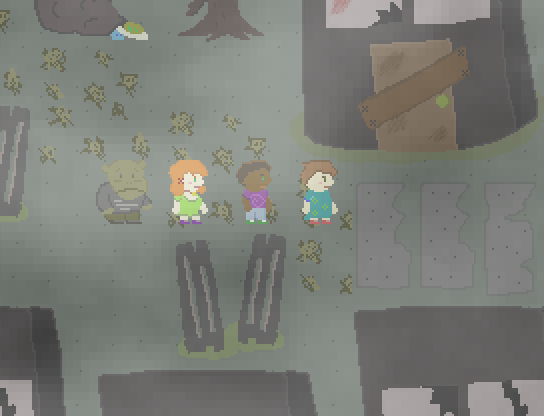 Trash Planet features a bonding system, so in between missions, you'll be able to hang out with your party. Bonding boosts your stats and the stats of the person you're bonding with, so it's essential for overcoming the harsh world of Trash Planet. 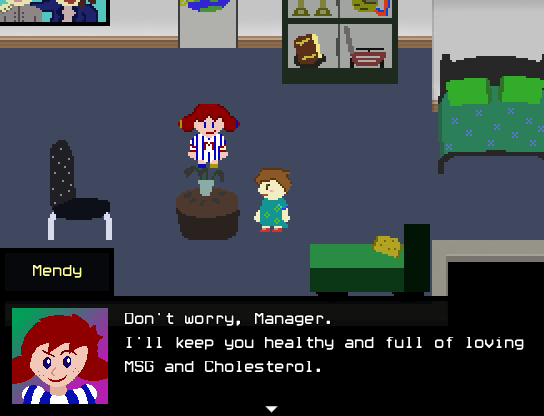 In Trash Planet, you'll find combat reminiscent of the classics: Earthbound, Dragon Quest, Chrono Trigger, Final Fantasy... But with a modern twist! You won't find simple ice and fire casting and sword boys in this game, you'll get to utilize the wacky and wild powers of your mutant trash team! 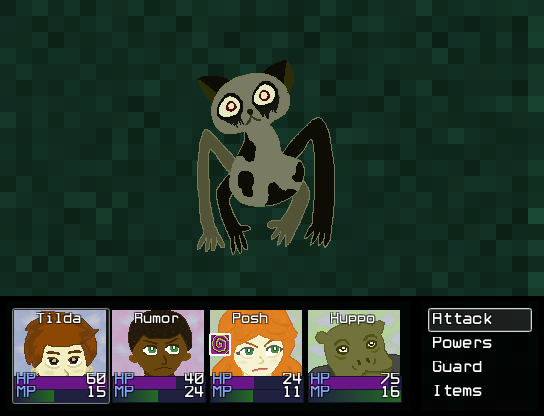 Trash Planet is an unrelenting game, with very few full heals. There's no hotels or inns that heal you to full HP and MP easily. You must scavenge the wastelands and eat trash in order to survive.

Sound too hard? Just wanna play the story? That's cool, we've got your back: In Easy Mode, the game will restore your HP and MP at the Save Cats. Once you beat the game in Easy Mode, maybe try again in Normal mode! 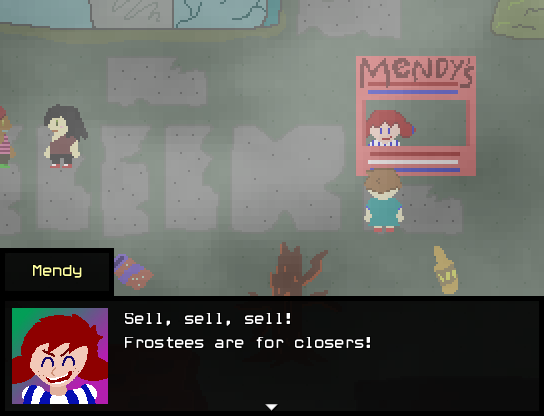 YOU WANT FUNNY? WE'VE GOT JOKES!

Trash Planet is a satire and a dark comedy, and was made by the developer of HELLBOUND. Like HELLBOUND, this game is notable for its funny and goofy dialogue, mixed with bizarre circumstances and tense situations. But the game isn't all laughs, there's some seriousness in there as well, especially with the character development. 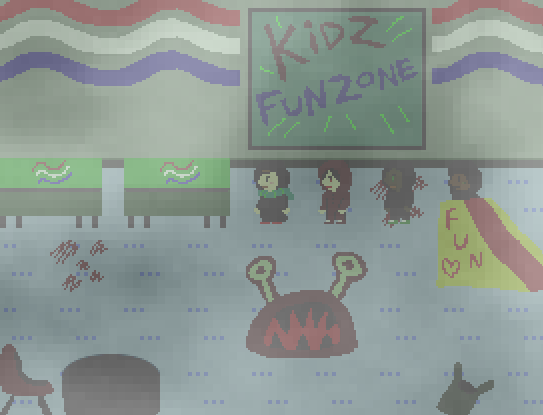 Trash Planet has a... Let's go with "unique" aesthetic. It fits the themes of garbage, trash, and pollution that are so prevalent in the game! The graphics, along with the music and pretty much everything else, were done by one person, so it's got a raw and unfiltered look. 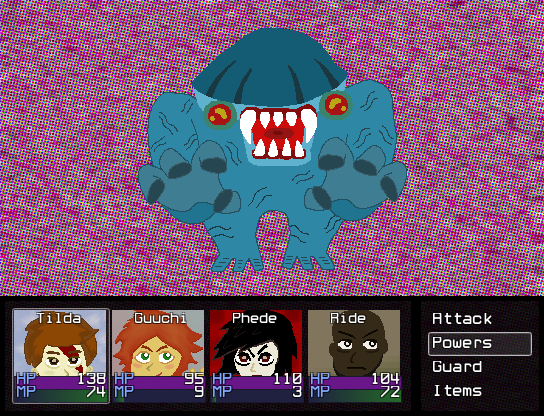 Support this game at or above a special price point to receive something exclusive.

Credit in the Next Game

Do you love Trash Planet? Wanna help finance the next game? Give me twenty dollars and you'll be in the credits of the next game. This is completely optional and is basically only if you're a Trash Planet super fan.

Hey, think I caught a bug. I have both the yellow and blue keys, but it's saying I don't have the blue one.

(Edit) Reloaded that area and it worked the second time around

Great work! This game oozes charm (even the 'bad' art can be pretty charming) and is impressive for a one-person job.

The world, writing, and especially characters are delightful - much more than I would have thought just looking at the visual presentation and memey-ness. The humor is a nice touch without dragging down the plot/characters and keeps the bleak world from feeling oppressive.

The battle mechanics are enjoyable! While there may be some tension with the lack of easy party restore systems, there are frequent save points and the game overall is not (mechanically, but perhaps emotionally at times) punishing, at least on normal mode. So don't be scared off on that account.

I hope to see more from you in the future, but I know life is busy and appreciate what you've shared. Thank you!

Thanks for the comment! Glad you enjoyed the game. Charm is what I aim for most and I'm happy that came across.

This is the second time I beat this game so… I’m dropping a review.

An interesting mix of LISA, Undertale and other emotional games, Trash Planet reflect about the future of our world and how it will become a hostile place if contamination continues on. There’s this interesting bond system and some tracks are hella good. The length it’s more than decent, it can take more than 10 hours to beat the game and there are several places to discover. The playable characters are all different with their own personality, life story and attacks, but I don’t recommend getting too attached to them.

With some surprises at the end, you will love and suffer while playing this title.

Waiting for TP2 and Hail Vira.

Thanks so much for playing the game! Twice?! That's awesome. I'm glad you enjoyed it.

Hail Vira till the end!

Fullscreen was stretching the game instead of keeping the aspect ratio, so I played around with my NVIDIA control panel settings. To get it not to stretch, I went to Display -> Adjust Desktop Size and Position and I chose Scaling Mode -> Aspect Ratio and Perform scaling on GPU. Might be something to add to the readme if there is one.

I've only played a few minutes but I like the music so far!

I can add that to the installation instructions! Thanks for commenting 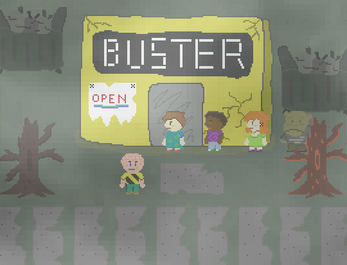 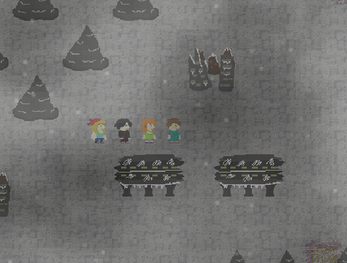 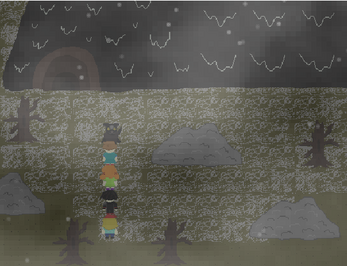 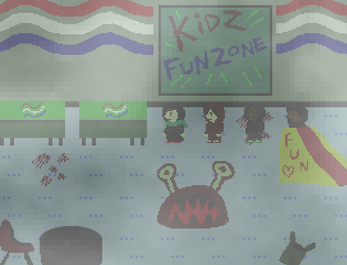 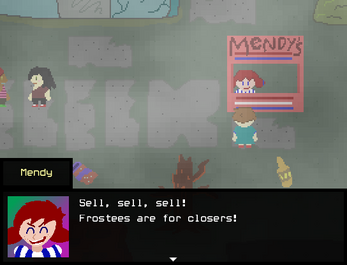 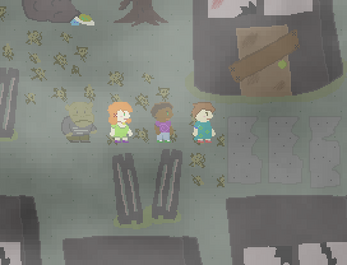 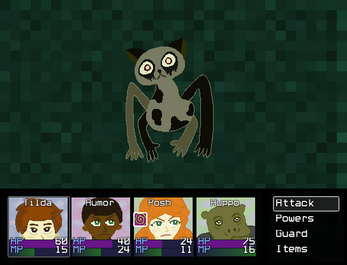 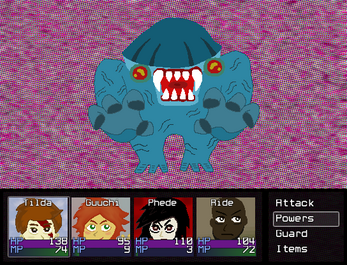